I spent a few hours making what seemed a little change to the WhiteCat code, but that soon resulted in a very complex and refactoring-based change: implementing a task scheduler driven by role events.
WhiteCat already publishes role events when a role is assumed or released, based on that and on the last change on role tasks, the idea is to allow an agent to schedule the execution of a role task as soon as the role is assumed by another agent or before the role is released by an agent. The scenario this change covers is that of asynchronous inter-agent collaboration: an agent can ask another agent to do something once it is ready to do it. To get it simple, consider a scenario where a person goes to work, and assume an employee role; thanks to the scheduling another agent is able to "ask" the former to perform a phone call as soon as it is at the office (i.e., as soon as it assumes the employee role). It is like when you say "call me when you are in office" to a friend of yours, or at the opposite "call me before you get home".
Now to get into details, the scheduler is fully configured thru Spring and an agent can specify to the scheduler to perform a task specific to a role by a specific agent or by the first agent that is going to assume/release such role. Of course, the event the task must be performed will be specified at the time of the scheduling, so an agent has the following choice for scheduling a task:
This allows for new dynamic and collaborative solutions in the agent/role modelling! The current implementation exploits AOP to deal with the event dispatching and the task schedulation. Several changes have been done to all the system, starting from the task execution, that now has a task return type that wraps the result of the execution and implements a simple "future reply" pattern, the event dispatching, that now allows for notification of all events no matter of which agent id they are related to, role descriptors and repository, that now are more powerful for inverse role lookup and so on. During the coding several problems have been fixed, and new tests have been added to the code base.
Of course, all the code is available thru the git repository.
Drawbacks of this implementation are present, of course: the scheduling is related to a single role instance, and this could be fixed in future releases since it is based on the role repository. Moreover, it could be interesting to implement a real "do it for me" mechanism, where the execution of the task is totally in charge of the agent running the role (i.e., a pure message based system).
Pubblicato da Luca Ferrari a 21:23 Nessun commento: 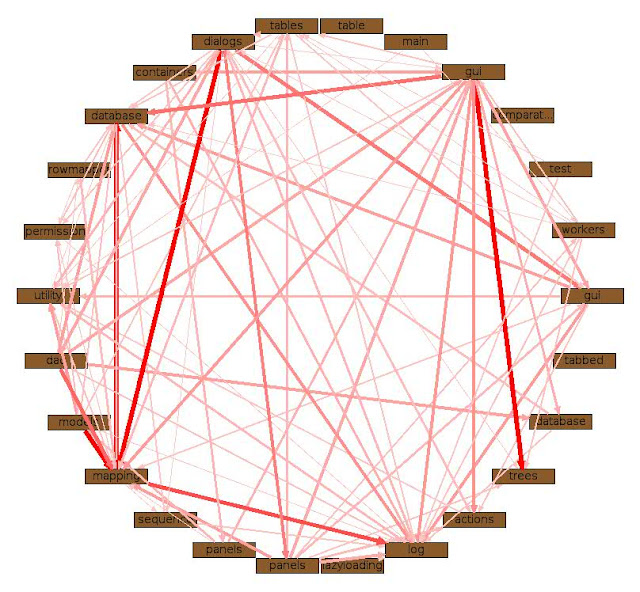 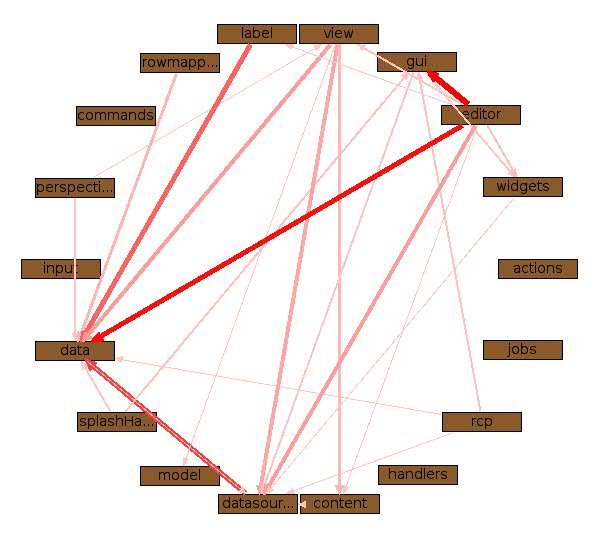 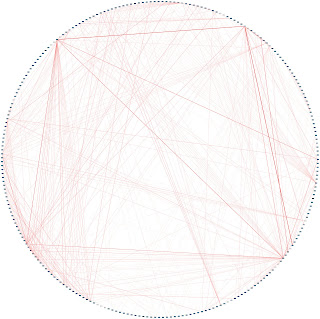 The code visualization for the WhiteCat framework clearly shows the huge weight of the RoleBooster class. In fact, while the whole system is built around a lot of small classes, the RoleBooster is a class that has to do a lot of work in order to achieve the framework goals. 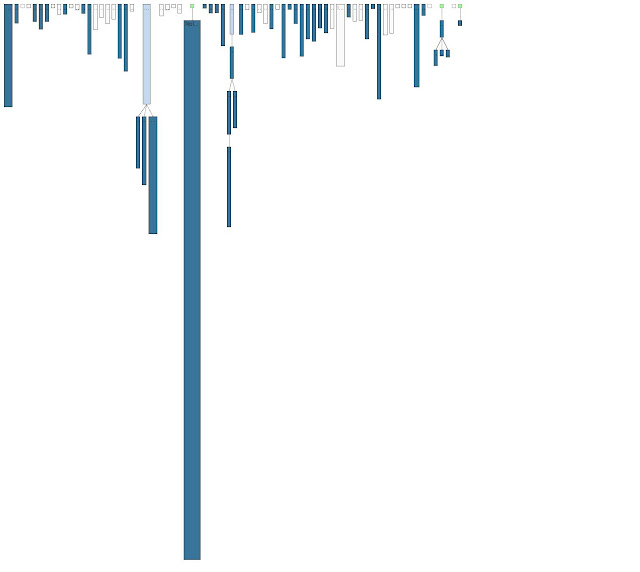 This does not automatically imply a bad OOP design, because the RoleBooster is the central "actor" that must make all the other small classes and objects cooperating together. So, while the RoleBooster itself allows a plug-in architecture, it must use such plugins, resulting in a big chunk of code, even if highly customizable. This situation becomes even clearer looking at the class dependency graph, that shows how the RoleBooster is tied to a lot of other interfaces without having though strong connections. 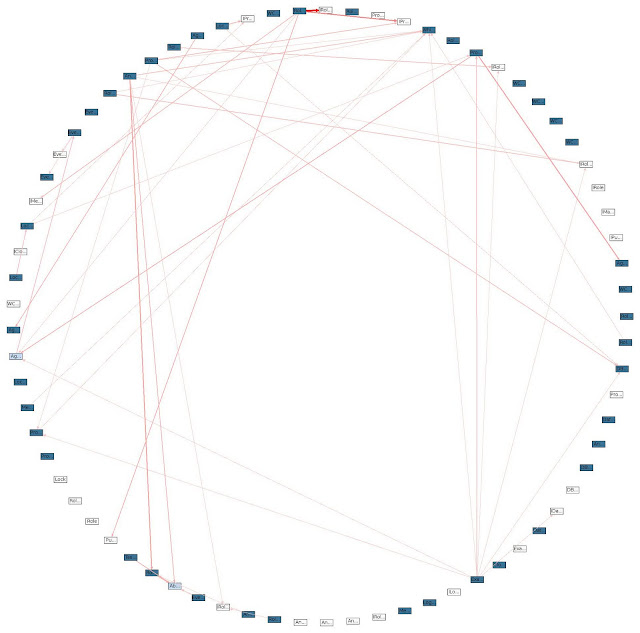 As for sake of documentation, I put below the image of the package dependency. 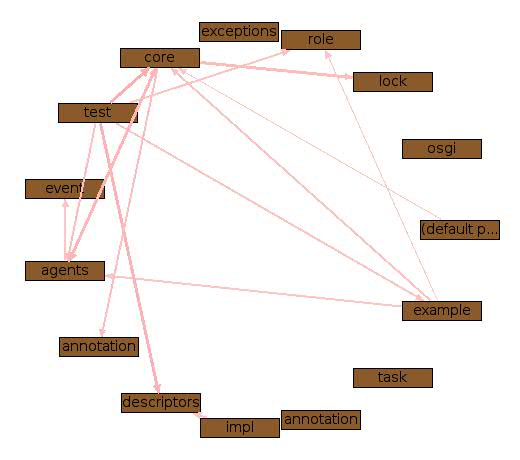 Of course, the above images represent the current status of the framework, and are going to change as the system evolves.
Pubblicato da Luca Ferrari a 14:41 Nessun commento: