portsnap patch to use fetch (instead of wget)

I did some review to my micro portsnap patch, thanks also to the suggestion on the FreeBSD forums and -stable mailing list.
In particular, as someone pointed out, using wget(1) is not a good idea because it is not part of the base system and requires an admin to manually install it from ports or packages. That is not a big deal in my opinion, and it is the reason why I made a change so that it was possible to configure, using /etc/portsnap.conf, a way to specify that wget(1) was required. To make it even clearer, I also created a function check_downloader that is used to check the presence of the program executable used to download stuff (either phttpget or wget).
I was not fully happy with such patch, but I have not a better idea until someone on the -stable mailing list pointed out that FreeBSD (of course!) has already a downloader: fetch(1).
The problem with fetch(1) is that it requires a full URL while portsnap was internally dealing with clean server names.
So I reverted the patch in order to avoid using wget(1) and to use fetch(1) by means of a flag in /etc/portsnap.conf and introduced a new variable in the internal portsnap implementation, SERVER_PROTOCOL, that simply handles "http" in the case of the usage of fetch(1).
The patch has moved into another path within my repository and is available here.

Do we really need UPDATE/DELETE with LIMIT?

Reading Planet PostgreSQL last day I found a strange poll about the need to place a LIMIT statement in an UPDATE/DELETE query.
My answer to such question is simply NO, and I placed also a comment on the blog of the proposing author, but I cannot find it anymore...
In order to better understand why I do not believe this feature is required, let's consider a sample query:

The idea is to disable the first 100 accounts. This query is fully supported in MySQL.
What is clear to me is that such a query is defective by design: you are using a LIMIT statement on a wrong design of the data and or of the unique constraints on such data.
The right way to do it is by using a WHERE statement that filters the data you are going to manipulate. While I see that LIMIT is a quick trick to do the job, it is the wrong one since it allows DBAs to implement data in any almost unstructered way being able to manipulate them later using a kind of indexing.
It is true, however, that such a scenario could be useful when importing and handling legacy data, that could come from other old systems and with wrong constraints, but once the database is fully reimplemented the need for such a feature is almost inutily in my opinion.
Pubblicato da Luca Ferrari a 17:29 Nessun commento:

portsnap patch to use wget

the program does a very awkward parsing of the variable value getting the "password@proxy:port" as the proxy port, that is it gets confused by the colon within the string. This is of course very annoying and prevents the adoption of FreeBSD behind an http proxy. I searched by myself the solution for quite a lot, and finally I wrote a simple patch to portsnap to substitute the use of phttpget with wget, that handles normally the http_proxy variable.
The result is available on one of my git repositories and can be applied as follows (I suggest making a copy of portsnap into portsnap_wget):

After that, and assuming of course that you have installed wget from either packages or ports, it is possible to use the portsnap_wget command as the usual portsnap to download updates either when behind a proxy or not:

With regard to the patch, it did not involved only changing the download program to wget, but also to change the definition of the files to download, that now are not passed via xargs but within a loop.
Pubblicato da Luca Ferrari a 22:38 Nessun commento:

Something nice I found on Planet Gnome a few days ago:
In the beginning was the command line
The machines were full of null and void
And darkness covered the screens and the terminals
The fingers of the programmers moved upon the surface of the keyboards

And then Xerox said, Let there be mice: and there were mice
And Steve Jobs saw that the mice were good
He took the idea to the Lisa team, and later on to the Mac
They fancied themselves pirates, and even had a flag

Then Steve said, Let there be GUIs: and there were GUIs
And Bill Gates saw that the GUIs were good
DOS begat Windows and a new computing age was born
He licensed it to IBM and every other willing company

Then DARPA said, let there be Internet: and there was Internet
And Tim Berners-Lee saw that the internet was good
He had the idea for linking documents and proposed hypertext
Then he connected it to TCP and domain name ideas

Then Tim said, let there be the web: and there was the web
And AltaVista saw that the web was good
The created a search engine and were bought by Yahoo
But along came a little startup named Google

Then Google said let there be PageRank: and there was PageRank
And all SEOs saw that the PageRank was good
Web 2.0 came along and Moore’s law was holding steadfast.
But a bubble was looming on the horizon

Then Steve looked at all that they had started
And he said, It is not good for Nokia to be alone
We shall make a competitor worthy of them

Then Steve said (again), Let there be iPhone: and there was iPhone
And Samsung saw that the iPhone was good
And the rest, as they say, is history
Pubblicato da Luca Ferrari a 13:44 Nessun commento:

Since the above is quite annoying, I wrote a simple function to wrap the default buffer-list one so that at least it gets the focus automatically.

The function simply calls the original buffer-list and then advance to the next window, that in this case is always the buffer list itself.
However, this does not solve the problem of closing the buffers list window when done. Therefore, while searching the Web I found a more interesting function: ibuffer. Such function opens a more advanced buffers list that automatically get closed when a selection is done.
Therefore my .emacs file now has an entry to remap the C-x C-b key sequence to the ibuffer function:

I imported the good work of my friend Claudio into JFK: such work allows experimentation of an idea about works that I slightly borrowed from Object Teams. There is still some clean up to be done, but a test case demonstrates the result.
Pubblicato da Luca Ferrari a 16:54 Nessun commento:

Some work on Aglets after all!

I don't remember the last time I did some work on the Aglets platform, but in the last days something have moved. Thanks to the great work by Thomas, the platform is moving to a much more easy deployment. I took the chance to do a code clean up and to fix some annoying problems with the terrible AGLETS_HOME variable and file paths that were referring to it.
Pubblicato da Luca Ferrari a 15:57 Nessun commento:

According to the last message sent from his wife, Daniel is at home and fine:

Thank God he came home well, and is now recovering, we appreciate all the help and support of you!

I don't know if the battle is over, but at least Daniel's nightmare is!

Update: as Daniel blogs, he spent 6 days in jails and can now be again together with his family since he is free. The trial is not over though, but one piece is done!
Pubblicato da Luca Ferrari a 15:53 Nessun commento:

I was reading the Planet KDE when some strange posts got my attention: someone was seeking for help for Daniel Nicoletti. Daniel is a KDE contributor, his last activities were on printing management and the Apper package kit. While moving to a KDE summit, he was arrested and is currently in jail.
To understand why it is required to give  a short story.
More than one year ago, his one year and half old daughter died in a car accident while the Nicoletti family was travelling in Argentina.
A few days ago, on November the 8th, while travelling to hackfest.cm, he was arrested by the Germany police and went to jail. In short, he has been sought by international police for the murder of his daughter.
I don't know the facts, but I suspect it is not Daniel's fault. I never met Daniel, even if he helped me on the KDE developers mailing list a few times.
This incident reports to my mind the Hans Reiser's one, just because two great developers have been marked as guilty.

As a father, I cannot image a nightmare worst than loosing your child and being convicted about that.

That is why I made my little donation hoping it can help finding the right resources to clarify the incident. Please consider doing the same.

I found a quite interesting blog that has a few articles about Emacs, my favourite editor. However, I was disappointed to see that one of such articles was referring to a porno web site.
The article was showing an image of Emacs displaying, in turn, an image of a girl wearing a swimsuit, so nothing really scaring...
I thought she was a model. The article continued discussing how to enable Emacs loading and displaying multi media files, and assumed the user has a collection of the shown girl's video files. I was not aware of who the girl was (oh my!), but luckily the references at the end of the article provided a link to her official web site. As I wrote, I was thinking she was a model, and therefore I clicked the link and immediatly the traffic cop of my employeer blocked my web request.
Not so bad, commercial traffic cops usually get wrong on a lot of web sites and contents.
I totally forgot the incident and the web site.
After a few days, while surfing the web at home, I picked up again the Emacs article and therefore decided to click again on the above web site to discover who the miss really is.
Well, she is a porn star!

As far as I can understand reading the documentation and looking at the FreeBSD GEOM source tree, the naming scheme is as follows:
So for instance, in the case of the disk encryption we have that:
As another example consider the mirroring facilities:

Who is the best?

Stallman: "God told me I have programmed the best editor in the world!"

Thorvalds: "Well, God told me that I have programmed the best operating system in the world!" 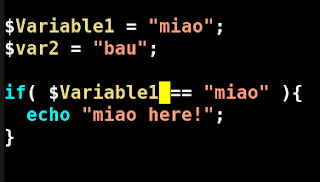 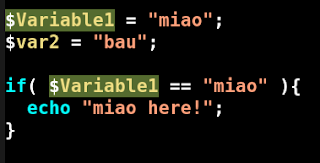 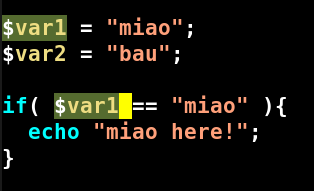 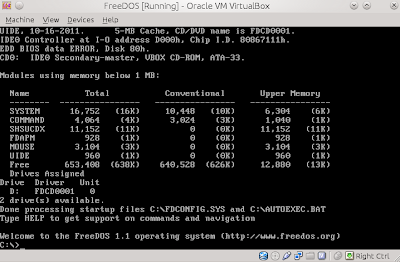