If Linux did not existed...

Paul Venezia published an interesting article  where he
analyzes what the history of FLOSS could have been without Linux.

Whilte it is worth reading this article, I have to say that it seems to me the conclusions are quite trivial. In particular, assuming Linux never existed, the article states that all the hackers and developers in the world would have been part of the BSD movement. From this, the natural and easy conclusion is that the BSD operating system family would have been much more advanced than what is today.

Well, I don't agree with the article, and it seems to me this is a quite shallow conclusion. One key point of the Open Source movement is the ability to "fork", that is to create another project on the shoulder of an existing one. Having said that, and considering that, as the author states, Linux developers have reinvented the wheel in the beginning, what would have prevented such developers to fork or even start over and get a new project from scratch?
License is another issue that, in my opinion, invalidates the article conclusions: Linux has been released as a GNU project, while the BSD operating system family is, well of course, BSD license. License is religious aspects to many developers, and therefore I assume that many of them would have never chosen a BSD project, again pushing a fork/scratch with another license.

What about the different BSD distros? I believe all of them would have been existed anyway. After all NetBSD was founded when 386BSD was already running, and OpenBSD was founded from NetBSD controversy, and therefore none of these includes a specific Linux-related issue. Other BSD distros, like PCBSD or FreeNAS and the others would have been the same history as of today.

In the industry marketplace I believe some differences would have been generated: today the market is split between the Linux embedded systems and the (Free)BSD ones. As an example, Apple has based OSX on FreeBSD userland and BSD kernel, while Sony and others are basing their multimedia products on Linux. Since Linux has gained a very strong momentum, the hardware support is better than in other BSD systems, and I'm referring to consumer and commodity hardware, not server and high end devices. Therefore, the choice today is about hardware support, and this leads many vendors to choose Linux instead of a BSD system, even if this could break the license (think about the TiVo). If Linux had never ever existed I believe that hardware support for BSD based system would have been better because vendors would not have been any choice of supporting this kind of platform.

A final note is about numbers: many Linux distributions have a lot of people devoted to quality control, source code management, community and advocacy management, and, of course, development and packaging. BSDs have a lot less people available and this is, in my opinion, a big difference: BSDs systems can assure the today's high quality thanks to ability to keep their staff under control. If Linux never existed and a lot of more developers and members would have joined BSDs projects, would have been the quality be the same of today's? I don't think so, and therefore my final conclusion is that if Linux never existed something in the world would have been happened to create a very similar ecosystem.
Pubblicato da Luca Ferrari a 15:23 Nessun commento:

Through KDE Frameworks efforts, these libraries have been methodically reworked into a set of independent, cross platform modules that will be readily available to all Qt developers.

The KDE Frameworks—designed as drop-in Qt Addons—will enrich Qt as a development environment with functions that simplify, accelerate and reduce the cost of Qt development. Frameworks eliminate the need to reinvent key functions. 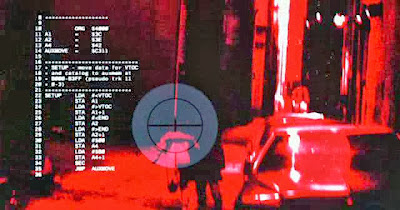